I’m back!  Well, at least for tonight, I’m back.  My poor little blog has missed me.  But as I told my friend Mollie tonight on Twitter, “The urge to write is strong. The time to write is small. 5 minutes a week is a start. #fmfparty”

That’s what I’m doing back.  I thought I’d join in the Five Minute Friday party again.  That way, even if it’s just once a week, I’m still writing.  And then once life returns to normal (HAHAHA!), maybe I’ll be able to write more regularly.

What is Five Minute Fridays?  Well, we all go over to Kate’s blog on Friday, or Twitter on Thursday night, and we get a one word prompt.  Then we set a timer and write for five minutes.  No editing.  No back tracking.  Simply write.  Then you go back to Kate’s, you put your link on the party page, and go read everyone else’s posts!  It’s a lot of fun, and a lot of community.  I love it. 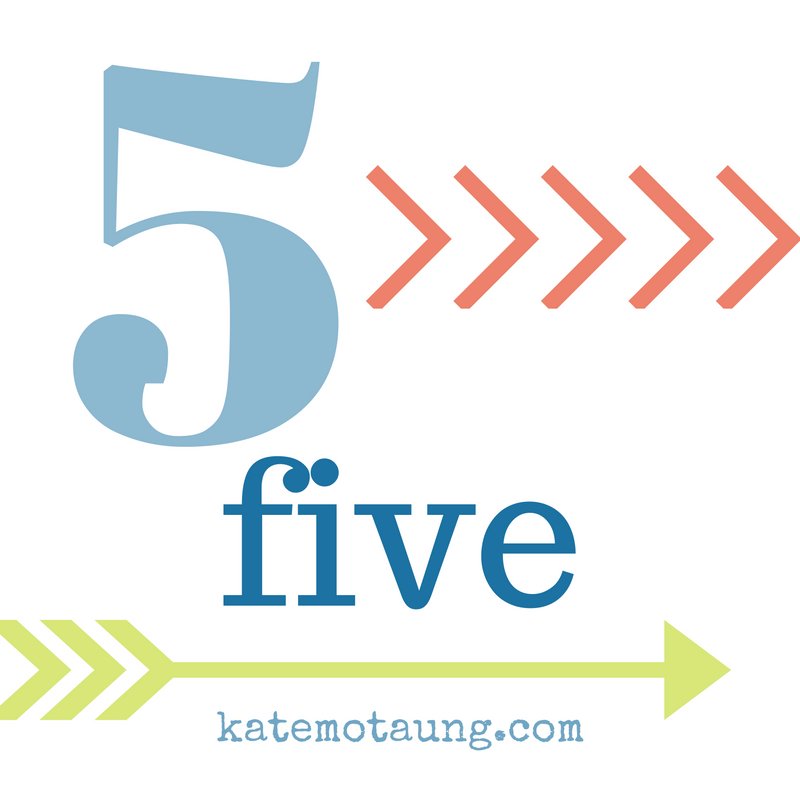 Five minutes.  That’s all it takes.  To write a story, to make a friend, to read a verse.  Five minutes.

Five loaves.  “We ONLY have 5 loaves and 2 fishes.”  And Jesus said, “bring them to me” and performed a miracle.

Oh, and now there are five people in my household.  Princess is still living with us, and a large part of the reason I don’t have time to write much anymore.  She is so busy with college and a full time job.  Boo is a senior in high school.  (Where did that 5 minutes go?)  And Little Bit is growing up and part of the Robotics team.

What can you do in Five?

13 When Jesus heard what had happened, he withdrew by boat privately to a solitary place. Hearing of this, the crowds followed him on foot from the towns. 14 When Jesus landed and saw a large crowd, he had compassion on them and healed their sick.

15 As evening approached, the disciples came to him and said, “This is a remote place, and it’s already getting late. Send the crowds away, so they can go to the villages and buy themselves some food.”

16 Jesus replied, “They do not need to go away. You give them something to eat.”

17 “We have here only five loaves of bread and two fish,” they answered.

18 “Bring them here to me,” he said. 19 And he directed the people to sit down on the grass. Taking the five loaves and the two fish and looking up to heaven, he gave thanks and broke the loaves. Then he gave them to the disciples, and the disciples gave them to the people. 20 They all ate and were satisfied, and the disciples picked up twelve basketfuls of broken pieces that were left over. 21 The number of those who ate was about five thousand men, besides women and children.